For more about this international holiday, take a look at this “Simple English” Wikipedia article.  https://simple.wikipedia.org/wiki/International_Women%27s_Day

Below is an excerpt from an article on International Women’s Day. It was published on India.com in 2015. The full URL web address is at the bottom of this page. 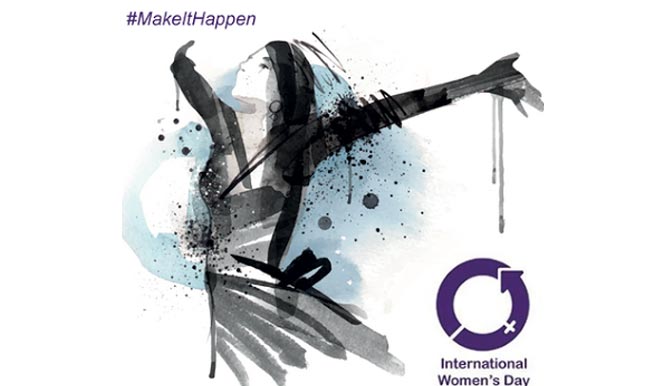 Activists wear purple ribbon on this day. But why purple? Women’s Social and Political Union in Great Britain adopted a particular color scheme for International Women’s Day. Purple, White and Green tint were recognized as a symbol of women’s struggle. Purple color is the new chosen color to celebrate International Women’s Day as it symbolizes justice and dignity which relates to women’s equality.

The Human Rights of United Nations have designed various themes for Women’s Day which creates awareness about their day-to-day struggle. Let’s have a look what exactly 2015 Women’s Day theme is all about?

In 1945 the Charter of United Nations was the first international agreement to confirm the principle of equality between women and men. This was the first major step taken towards a positive change. Soon after that UN started helping women achieve their equal status and fight against all odds.

We at India.com, wish all the women – Happy Women’s Day and salute you all for your journey from ordinary to extra-ordinary women.

Since 1970, people around the U.S. and around the world have celebrated Earth Day on April 22 each year.

Here is a short video from the National Constitution Center called “The Story of Earth Day.” In this episode, you can find out about  the origins of Earth Day and the history of the environmental movement in the United States. Find out why protecting our environment is so important, and take a look at some easy ways you can make your life more green every day!

Click on this link to see the video:  http://constitutioncenter.org/learn/hall-pass/earth-day

This information was adapted from the website: Martin Luther King, Jr. Day of Service 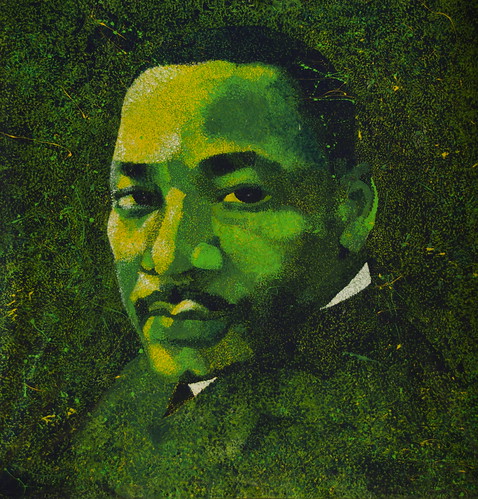 Used with permission from ctankcycles via 2.0 Generic (CC BY-NC-SA 2.0)

Every January, we celebrate the life and work of Dr. Martin Luther King, Jr. with a national holiday. This day is a perfect opportunity to honor Dr. King by serving your community – for all of us who live in the United States.  “Serving” means helping others and volunteering in your community.

To learn about some of the volunteer opportunities in your area, enter your address or Zipcode into this website. You can also search for specifics kinds of volunteer programs and events. http://www.allforgood.org/

Explore this website to learn more about MLK Day and how you can participate:  http://mlkday.gov/about/serveonkingday.php

Here are three links to get you started:

The Annual Raleigh Christmas Parade will take place in downtown Raleigh this Saturday morning, 11/19/11, starting at 9:40am.

The Parade is free, so get there early since the spaces fill up fast! Last year over 60,000 people came to watch! (Bring a folding chair if you’d like to sit .)

If you’d rather watch at home, the Parade will be shown on WRAL (chanel 5) starting at 10am that morning.

This parade has been held every year for the past 66 years. It’s the biggest Christmas parade on the East Coast between Washington, D.C. and Atlanta.

For more info about the parade:

For additional information and a bit of history on the parade:

Enjoy Christmas with Santa Claus at the North pole, an award-winning Christmas web site. Send a letter to Santa Clause or a Christmas card to a friend or your ESL teacher. Good website both for parents and children. Click here.

Thanksgiving is a wonderful holiday that everyone can celebrate, no matter what your religious or ethnic background. It is simply a time to be with friends and family and think about the things that you are grateful for.

Tell us, what are you most grateful for?

Students, teachers, everyone….please leave us a comment and let us know!

Have a wonderful holiday everyone!

What really happened between the English settlers and the Native American tribes in 1621?

Here is a good National Geographic article with a more accurate depiction of the historical meal that occurred in 1621, which we now (inaccurately) call the “First Thanksgiving.”

One fall day in 1621, four English settlers from Plymouth Colony went to hunt for food for a harvest celebration. The local Wampanoag  tribe (a group of Native American Indians) heard their gunshots and alerted their leader, Massasoit, who thought the English might be preparing for war.

Read about origins of Thanksgiving on WPUM blog

Learn about “Giving Thanks Children’s Program” on the ADHS blog

Get information about free Thanksgiving dinner on HUMC blog