This week, Americans will celebrate a truly American holiday – Thanksgiving. This short video explains the history of Thanksgiving:

To learn more about Thanksgiving, search the internet for answers to these questions!

How many answers did you find? What did you learn?

Next Monday, November 11, is Veterans Day. A veteran is a soldier who has served in any of the US Armed Services like the Army, Navy, Coast Guard, Air Force or Marines. Many veterans have fought in wars for the United States and risked their lives. Some have been injured or killed.  On this day we honor all veterans, alive or dead, for their service to our country.

One of the worst wars where many, many American soldiers were killed was World War I (1914 to 1918). The  “armistice”  or truce to stop the fighting for WW I was signed by countries on the eleventh hour of the eleventh day of the eleventh month. When people heard the news, they celebrated, danced in the streets, hugged strangers and went a bit crazy with happiness and relief.

When the U.S established Veterans Day as a federal holiday, it was on Armistice Day, November 11th.  At the time, everyone hoped that that terrible war would be the last global war but unfortunately, the US has been in more wars since that time.  Even today we are in a war in Afghanistan where our Armed Service risk their lives for America.   Let us remember all our veterans on this day and give them the respect they are due.

For more information, click on this El Civics lesson – Veterans Day and look at these videos .

Pumpkins are sitting on many porches, ghosts are hanging from trees, and people are starting to wear strange costumes . What is happening???  It’s that time of year – Halloween!

On October 31,  little witches and monsters walk the street. They knock on doors  saying “Trick or Treat”  – they are  asking for candy “treat” or they may play a “trick” on you

What is happening??? It’s the fall holiday of Halloween. It’s not a legal holiday and no one gets the day off.  It is a cultural holiday that some people enjoy. Children dress up in costumes, sometimes scary ones like a ghost or sometimes not so scary ones like a princess or action hero.  Often they wait until dark and then walk with their parents to neighbors home  or maybe to a mall or community center party where they can “Trick or Treat”  for small candies.

Not just children dress up. Many adults may put on a costume too and there are often costume parties around Halloween and prizes for the “best” or most original costume.

Learn more about Halloween in this El Civics lesson

Now here are a few videos on Halloween

Some words we use on Halloween

This practices asking someone what costume they will wear on Halloween

Now dance the Halloween night away with this popular song …. the “Monster Mash”

For advanced reading practice, here is an article from How Stuff Works that has a lot of great information. And if you just can’t get enough, here’s another one.

How do people celebrate Halloween in YOUR country?

Every year on the second Monday in October, Americans honor Christopher Columbus for his discovery of the New World (the Americas). Columbus was not the first man to reach American- there were many native Americans that had moved slowly into the Americas from Siberia during prehistoric times.  But once Columbus came back to Spain with the news of what he found,  Europeans “discovered”  there was a whole new world out on the ocean that they never knew about.

This video gives soooo much information on Columbus, why he sailed into a dangerous ocean, what he was actually trying to find and what he found instead

As always, the El Civics site gives a wonderful lesson on this holiday =>  Columbus Day.

Test your knowledge  with this crossword

Level 3 /4 students may want to practice their reading skills with the short history of Columbus  When you are done, take the quiz at the bottom of the page.

Because Columbus was an Italian by birth, Columbus day is also a day that many Italian Americans use to celebrate their Italian heritage and contributions to America. What would America be like without pizza and pasta that Italians brought over. Too horrible to imagine!  So on Columbus Day, enjoy a nice Italian meal and raise a glass of wine to Christopher Columbus.

On Tuesday, September 11, 2001, the United States experienced one of the most horrific terrorist attacks in American history.  On the anniversary of this event, many Americans will pause for a moment of silence to remember the people whose lives were lost on that tragic day. 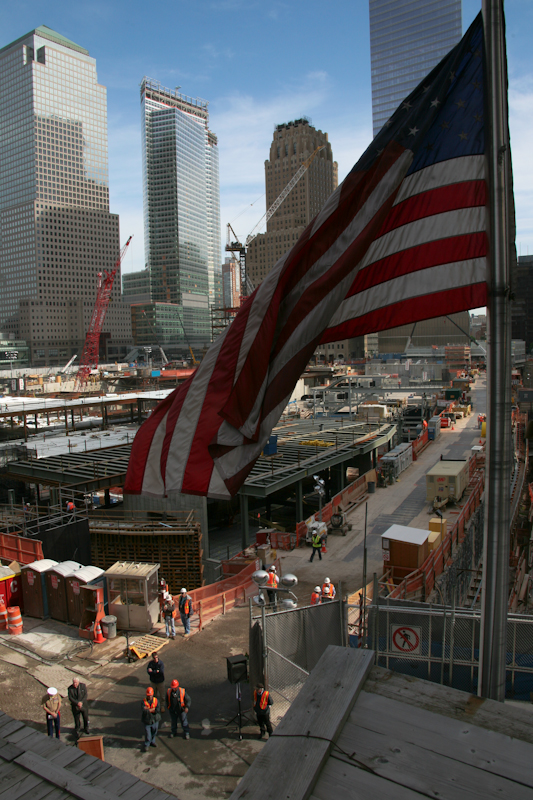 Used with permission from NYCMarines via 2.0 Generic (CC BY 2.0)

“All of the jets were scheduled for transcontinental flights and carried an average of 20,000 gallons of aviation fuel. This was probably one of the major reasons they were selected, as the amount of fuel, plus impact into a building, added up to a lethal bomb.” (septterror.tripod.com)

The hijackers used knives and box cutters to take over the planes.  The two planes that left the Logan airport flew into the World Trade Center Towers in New York City.  The plane that left the Washington Dulles airport flew into the west side of the Pentagon in Washington, DC and the forth plane that left the Newark International Airport did not make it to the hijackers’ intended target, but as a result of courageous passengers fighting against the hijackers, this airplane crashed into a field in the farming town of Shanksville, Pennsylvania.

For more information about the September 11th terrorist attack, you can click on the link below.

Thanksgiving is coming this week.  It is a time for Americans to be with their families and share a big feast.  Traditional foods varies from family to family and location to location, but here is what the menu looks like at my Grandmother’s house: 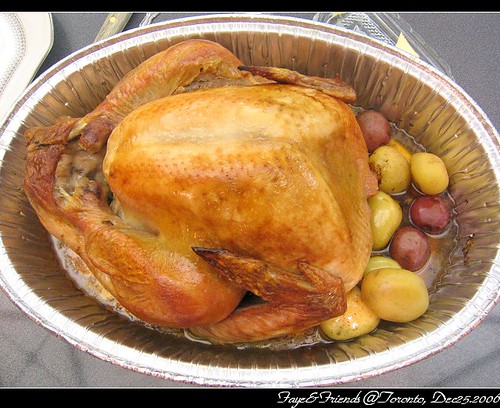 Used with permission from Faye Huang under CC BY-NC-SA 2.0 license 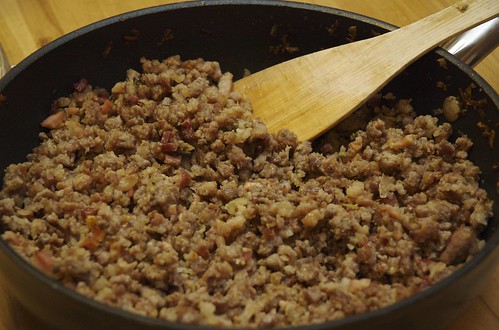 Used with permission from Paolo Valdemarin under CC BY-NC-SA 2.0 license 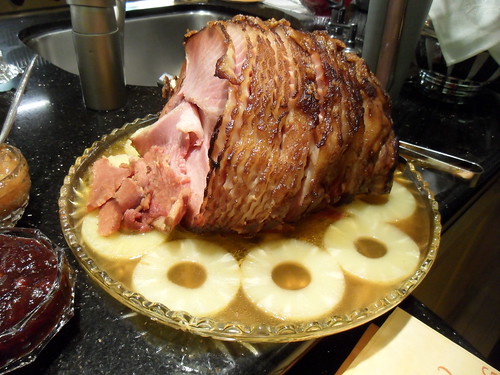 Used with permission from pchow98 under CC BY-NC-SA 2.0 license

Used with permission from pfduck under CC BY-NC-SA 2.0 license 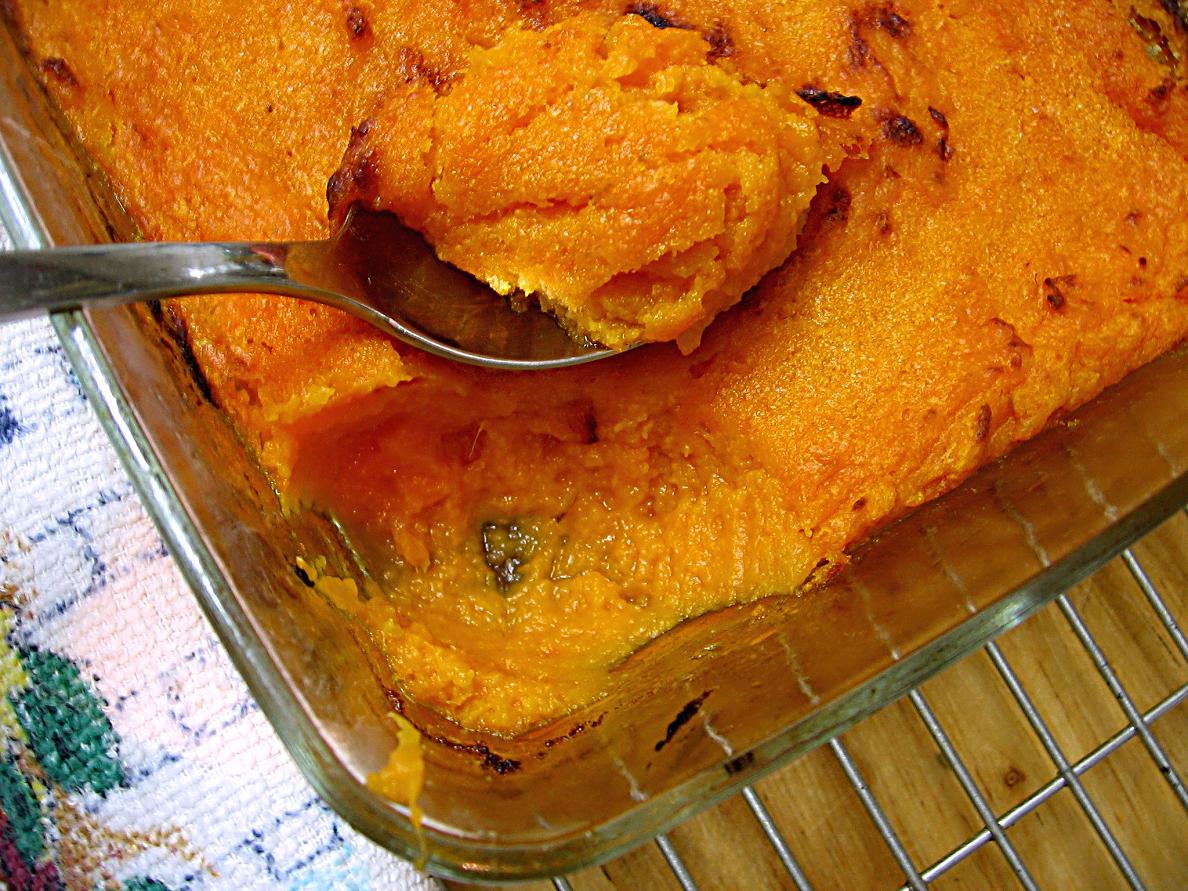 Used with permission from Chanita Harel under CC BY-NC-SA 2.0 license

Used with permission from nozoomii under CC BY-NC-SA 2.0 license 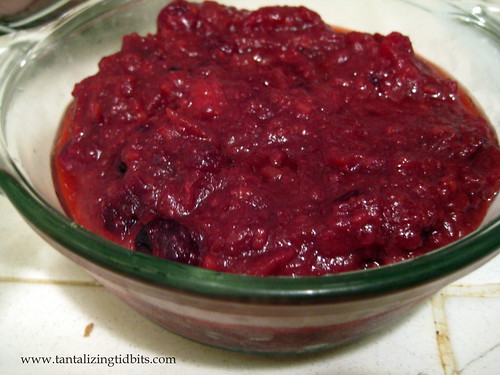 Used with permission from merri under CC BY-NC-SA 2.0 license 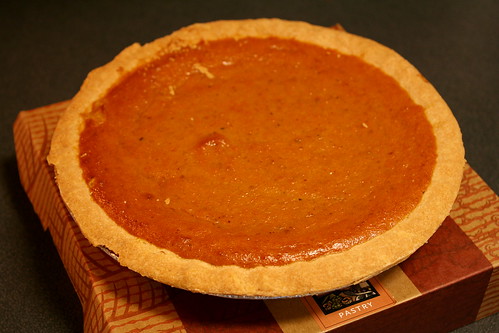 I hope you are hungry.  Do you know of any other foods that are traditionally eaten during Thanksgiving in America?