There are a few different kinds of mailboxes. If you have a mailbox at your house, it might look like one of these:

Used with permission from capl@washjeff.edu

If you live in an apartment or townhouse, you might have a group of mailboxes for your neighborhood or your building. Those look similar to these: 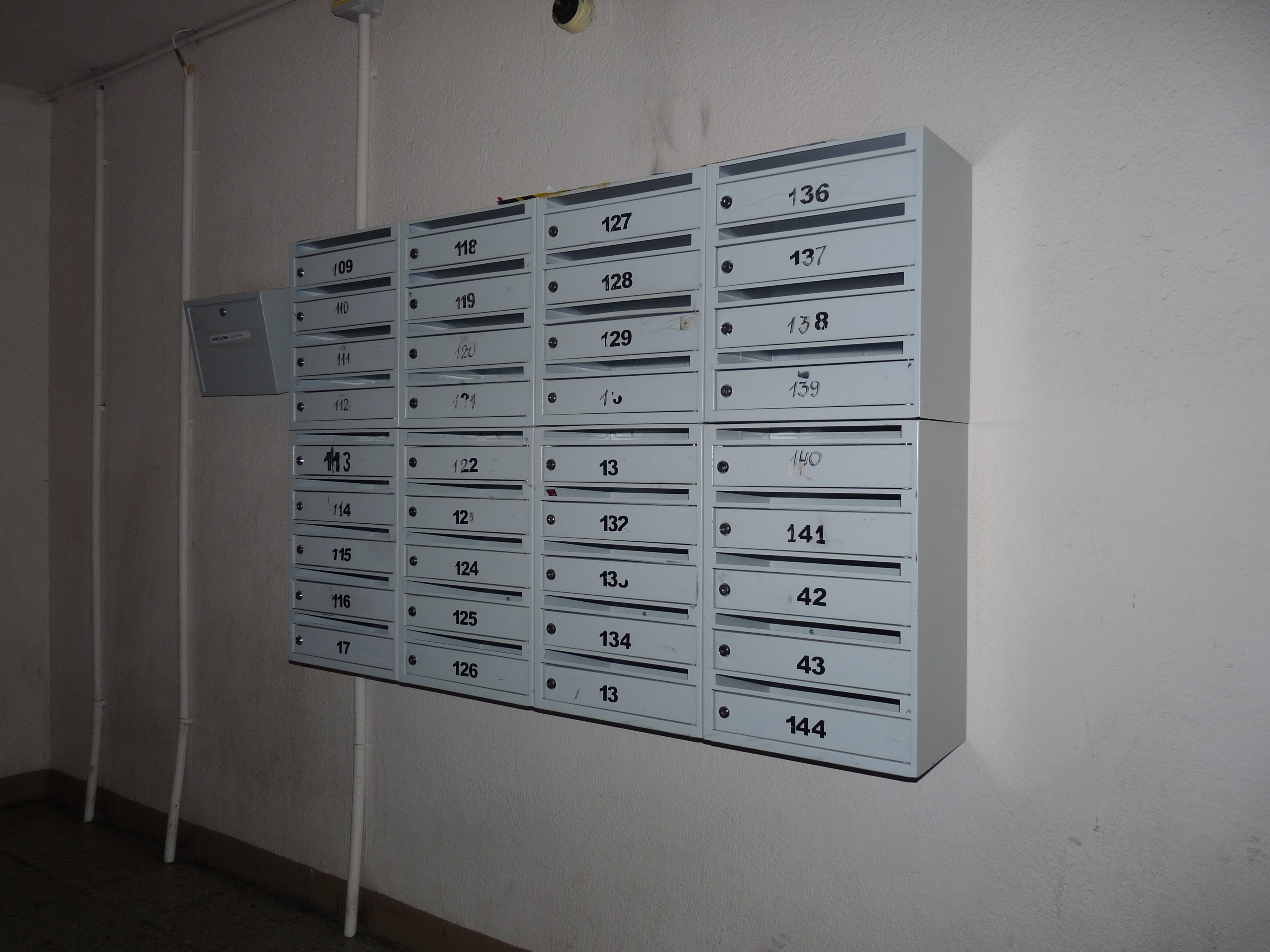 By Dwight Burdette (Own work) [CC BY 3.0 (http://creativecommons.org/licenses/by/3.0)], via Wikimedia Commons

The U.S. Postal Service (USPS) also has mailboxes in public places all around the city. They are large, blue boxes like this one: 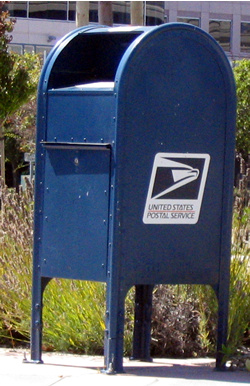 You can only RECEIVE mail in your home or apartment mailbox (not the blue Postal Service boxes). You can SEND mail from all of these mailboxes, but the way you do it is different for each one.

How to Send Mail

Here is how you send mail from each kind of mailbox:

You can also take your mail to a post office. Near the entrance, there is an “outgoing mail” box. You can put your mail there if it is ready. In order to send mail in the United States, you must pay. We pay to send mail by buying stamps. You buy a stamp and put it on your mail. It is very important that you put a stamp on your mail. If you don’t use a stamp, the mail carrier will not deliver your mail. You can buy stamps at the post office. You may also be able to buy stamps at Wal-Mart, a gas station, a bank, a pharmacy, an office supply store, or a grocery store. You can buy stamps online at Amazon.com or USPS.com. Look for the word “forever” on the stamps. You can use those even if the price of stamps goes up in the future.

How to Address an Envelope

In different countries, people address envelopes differently. It’s important to do it correctly so that your mail goes to the right place. Here is an envelope that is ready to mail:

In the United States, we write the “to” address in the middle of the envelope. This letter is going to Bob Vance. Bob is the recipient of the letter (the person who will receive it). On the first line, we write the person’s name. On the second line, we write the number of the building (house/apartment/townhouse/office) and the name of the street. If we need to add an apartment number, we can put it in the same line or a different one. Below that, we write the city, state, and zip code. You can also write the zip code on a different line if the city and state are very long and you don’t have space.

In the top-left corner, we write the return address – the “from” address. This letter is from Phyllis Lapin. Phyllis wrote the letter. She is sending it to Bob. If there is a problem with the letter, the mail carrier can return it to Phyllis at this address. We write it the same as the “to” address:
Name
Street Address (number of building + name of street)
City/State/Zip Code (*Notice that we put a comma between the city and the state.)

The stamp always goes in the top-right corner.

Find a partner in your class. Write your partner a letter and send it to him/her. When you receive a letter from your partner, bring it to class. Is the U.S. Postal Service fast or slow?

Discuss these questions with your classmates:

1. Capitalize the first word of a sentence – even a quoted sentence.

3. Capitalize a person’s title when acts like part of the person’s name. Do not capitalize when the title is acting only as a description of the person.

Vice President Romanov
Mr. Romanov, the vice president of the company, will speak to us at noon.
The president will address Congress.
All senators are expected to attend.
The governors, lieutenant governors, and attorneys general called for a special task force.
Governor Purdue, Lieutenant Governor Harrelson, Attorney General Malek, and Senators Rumson and Flavin will attend.

4. Capitalize the person’s title when it follows the name on the address or signature line.

5. Capitalize any title when used as a direct address.

Will you take my temperature, Doctor?
You won’t leave, will you, Father?

I have lived in the South for most of my life.
Go south three blocks and then turn left.
We live in the southeast section of town. (Southeast is just an adjective here describing section, so it should not be capitalized.)

7. Capitalize the first and last words of titles regardless of their parts of speech. Capitalize most other words within titles, including the short verb forms Is, Are, and Be.

Do not capitalize little words within titles such as articles (a, an, the), coordinating conjunctions (but, as, if, and, or, nor), or prepositions, regardless of their length.

“Come to the Water”
To Kill a Mockingbird
The Muppet Movie

8. Capitalize “federal” or “state” when used as part of an official agency name. If they are being used as general terms, do not capitalize.

That is a federal offense.
The State Board of Education has made a decision.
We visited four different states during our vacation.
The Federal Bureau of Investigation belongs to the US Department of Justice.
You must obey all county, state, and federal laws.

You may capitalize words such as “department,” “bureau,” and “office” if you have prepared your text in the following way:
The Federal Bureau of Investigation (Bureau) has taken over the investigation. The Bureau is making progress in its investigation and plans to release a statement later today.

9. Do not capitalize names of seasons.

Dear Ms. Klein,
My dear Mr. Peterson,
To whom it may concern:
Very truly yours,

11. Capitalize words that come from proper nouns, including proper adjectives.

I must take English and math.
Paco is Spanish, Olga is Russian, and Miriam is French.

I must take history and Algebra 2. (We do not know which specific history course is required, but Algebra 2 is the name of a specific math course.)

13. Capitalize “I” when it is used as a personal pronoun.

Susan and I always enjoy watching movies.
When I was young, I loved jumping rope.

14. Capitalize days of the week and months of the year.

Now it’s your turn to practice. Correct the capitalization in each sentence:

All of these history sentences came from The Learning Network (part of The New York Times). You can check your answers and read more about history here.