There is one more branch of the US Government to learn about, which is the Judicial Branch, or the court system. This is the part of the government that interprets (explains) the laws written by Congress and passed by the President. The Judicial Branch also applies these laws to solve disagreements, and decides whether any laws go against the rights laid out in the Constitution.

37. What does the Judicial Branch do? 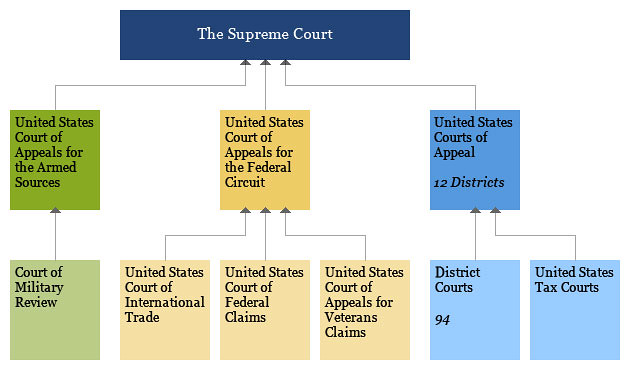 If someone loses a court case at the district (lowest) level, they can appeal the decision and ask the higher court to consider their case again. The next step is to take a case all the way to the Supreme Court, but they only consider cases that are especially important, and are related to the interpretation of the Constitution. Thousands of cases are presented to the Supreme Court every year, but fewer than 150 of them are actually heard by the court.

38. What is the highest court in the United States?

Click on the link to read about the appeals process, and answer the fill-in-the-blank questions for practice:

The Supreme Court is made up of nine (9) justices, or judges, who are appointed by the President and must also be approved by Congress. The Justices use the Constitution and other laws to decide cases, and their decisions are final–the Supreme Court is the highest US Court.

39. How many justices are on the Supreme Court?

It’s also important to know that these Justices are appointed for life–once they become a Supreme Court Justice, they do not have to be re-elected to the position for the rest of their working life. This way, these justices are not influenced by public opinion the way that elected officials often are–they are free to focus on what the Constitution says, and make their decisions based on that.

Just as the Senate and House of Representatives both have leaders, so does the Supreme Court. One of the justices is nominated by the President to be Chief Justice. This justice’s vote counts the same as all the other associate justices, but he or she also has some special responsibilities: 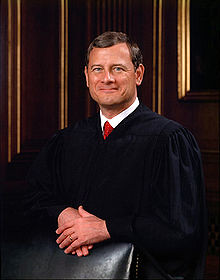 He is the 17th Chief Justice of the United States, and was nominated by President George W. Bush in 2005 when the former chief justice passed away. Justice Roberts was only 50 years old at that time, and was the youngest Chief Justice since 1801.

40. Who is the Chief Justice of the United States now?

Here is a video you can watch that takes you inside the building where the Supreme Court meets. Did you know that no photography or filming is allowed when the Court is in session? See if you can also hear the meaning of some of the symbols carved into the building.